The edge of the supply chain Featured 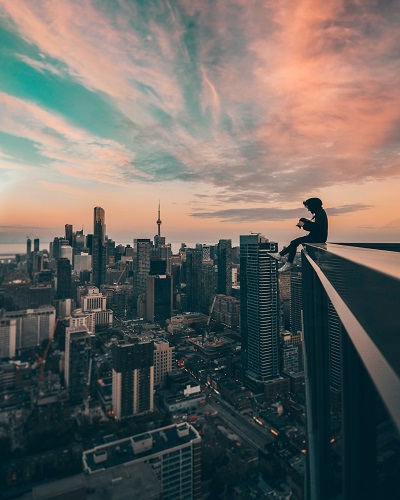 The supply chain is enabled in large part by technology. And as that technology continues to inhabit more and more diverse parts of the system it becomes even more important to understand how it can impact operations. The internet of things (IoT) is a now familiar concept as both businesses and consumers see computerized functions attached to everything from street lights to toothbrushes. Here’s an update on how those little devices are becoming more like full fledged computers and what you can expect from that.

It’s called the edge
The companies that manage computers and data are finding ways to add both processing power and storage capabilities to IoT devices in every form. These are no longer just sensors with communication capabilities; they are full-fledged computers able to act independently when necessary and communicate with their centralized facilities as needed. The initial reasons for this move include:

Unreliable wireless connections - While we may think that every inch of the globe is already covered by cellular service there are plenty of places where connectivity just isn’t happening. Whether it’s on a remote highway, behind a mountain that blocks signals, a port facility with mountains of steel containers, or on the open seas, wireless connectivity can be unavailable for seconds or hours. But that doesn’t mean the IoT devices aren’t active and don’t need to carry our their functions. Temperature and shock sensors are now more than passive indicators. They report events and conditions as they happen. Edge enabled devices not only store their findings in local storage, they also use their local computing abilities to determine what should be done and how quickly.

Overburdened centralized processing - There’s plenty of computing power in centralized facilities but it always needs to be managed. Part of that management responsibility is defining what processors can best handle loads at any given time. The cost of processing power and related storage in small devices has made it possible for IT professionals to offload the work done by centralized systems so that they receive is already processed in some fashion and ready to be used. A single company can have thousands of IoT devices inhabiting every truck, container, shipping crate, and employee. Edge computing can ‘pre-digest’ the data they collect then deliver the results to centralized processing where it can be stored in less space and analyzed more quickly.

Reduce bandwidth of wireless connections - A single IoT device can include multiple sensors that monitor conditions and create data points continuously. That can build up to be a lot of data, much of which is irrelevant. For example reporting the temp of a refrigerated unit every few minutes is great, but knowing that the temp is within acceptable limits is only important as a baseline reading. It isn’t important to send that across a wireless connection, costing bandwidth and money until there’s been a change that needs attention. Edge computing keeps the data local to the IoT device and processes it without taking up resources unnecessarily.

Need for fast/real time analysis - Some conditions need to be attended to immediately and others don’t. When an IoT device senses something that needs immediate attention, sending the data back to a centralized system is of secondary importance. If a driver needs to be alerted of an impending equipment failure, that action needs to be taken care of right there and right now. If communication is unavailable it may be too late for any remote action to take place. Additionally there are simple adjustments that may need to be handled that simply don’t require remote action.

All these functions and more can and should be handled at the edge of the computing spectrum by IoT devices that have the smarts and capacity to act independently and in advance of centralized systems. Where are these devices in your supply chain operations?

Read 4916 times
Rate this item
(0 votes)
Tweet
More in this category: « Add PaaS to Your Cloud Blockchain: The Best Prescription for the Medical Supply Chain? »