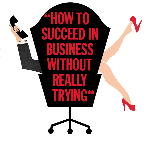 If the tail-end of 2011 is any indication of ecommerce’s role in retail in 2012, then the mandate has been set: ecommerce is a critical retail channel that companies must strategically cultivate in order to succeed in this new economy. That means optimizing supply chains, integrating systems, and automating processes, ensuring consistency among product data, continually focusing SEO efforts, leveraging social media, actively embracing mobile commerce and of course, delivering exceptional customer service seamlessly across all channels.

Ecommerce sales boomed in the fourth-quarter of 2012, a testament to just how popular online shopping has become. According to ComScore, retail e-commerce spending for the entire November – December 2011 holiday season reached $37.2 billion, marking a 15-percent increase over last year and an all-time record for the season. Ten individual shopping days this season surpassed $1 billion in spending. For the entire fourth quarter of 2011, retail ecommerce sales increased 14 percent from the fourth quarter of 2010, representing the fifth straight quarter of double-digit growth. Equally impressive, total sales were 62.5 percent higher than the second quarter of 2008, prior to the recession, and 68.2 percent higher than the third quarter of 2009, at the height of the recession.

Industry experts estimate the upward trend in ecommerce will continue, even as brick-and-mortar sales remain flat. Cisco Systems Inc.’s Economics & Research practice has released data projecting a 13.5% annual increase in global ecommerce for the next four years, totalling $1.24 trillion by 2015. The figure includes travel and auto purchases as well as online retail sales.

Mobile Commerce Fuels Ecommerce
There are number of factors driving the growth of ecommerce – convenience, the benefits of comparison shopping, personalization features, even social media that facilitates one-to-one online experiences and product recommendations from friends and associated groups. But the tipping point is the proliferation of smartphones, tablets, and other mobile Internet devices.

“One of the biggest things that has changed the game, that has made all companies and particularly the big-box, brick-and-mortar companies take notice, is when smartphones were able to access the Internet,” says Ty Rarick, founder and VP of Nuo Tech, a retailer and supplier of mobile lifestyle brands that specializes in carrying cases and accessories for laptops, tablets, travel and many other mobile technology products. “Now, consumers can research prices anywhere anytime. While they are standing in Best Buy, they can go to Target’s web site. And with smartphones that support barcodes and QR codes, they can actually scan products right there, research it, and decide if they want to buy it there, go somewhere else, or purchase online.”

ComScore estimates that non-computer Internet traffic in the United States was 6.8% in August 2011, with smartphones accounting for two-thirds and tablets accounting for most of the rest. In the fourth quarter of 2011, more than 47% of U.S. mobile phone subscribers used smartphones to connect to the Internet, compared to 31% at the start of 2011.

To capitalize on the growth of ecommerce, businesses must be ready and there’s little margin for error. Consumers’ tolerance for mishaps, bad experiences and poor service is rapidly shrinking. “Mistakes are detrimental,” says Paula Rosenblum, managing partner with Retail Systems Research. But Rosenblum adds that there are companies successfully setting the pace. “The bar has risen. It used to be, ‘how can we make ecommerce as convenient as the store?’ Now, it’s ‘how can we make the in-store shopping experience as convenient as ecommerce?’.”

The Back End Tenets
Successfully executing an online, ecommerce strategy requires a streamlined supply chain – covering order fulfillment, logistics, replenishment, and more – that leverages automation whenever possible. Companies need to have a single, integrated back end that supports all channels and is rid of duplicate functions.

Automation, in particular, is critical as companies try to keep up with the speed of ecommerce, notes Charlie Hackerson, VP of supply chain enablement at SPS Commerce, a provider of on-demand supply chain management solutions, providing integration, collaboration, connectivity, visibility and data analytics.

When a customer shops online, they want to know if the item they’ve chosen is available and they also want to know how long it will take before they receive it. “Businesses need systems that acknowledge a shipment is viable and that it can be done expediently,” Hackerson says.

Nuo Tech has been using SPS Commerce’s WebForms Electronic Data Interchange (EDI) service for several years, and last year decided to integrate its EDI operations with its ERP system using SPS Commerce’s cloud-based EDI Service for Dynamics GP. The company fulfills all its own orders from its Portland, Tenn., warehouse, which Rarick notes is strategically close to Louisville, Ken., UPS hub and the Memphis, Tenn., FedEx hub. Nuo Tech also drop-ships orders that come from the many online and brick-and-mortar retailers selling its products.

The integration added new levels of automation to Nuo Tech’s order processing. Prior to using SPS’ integrated solution, each order took approximately 30 minutes to process. Today all orders are processed in less than 15 minutes. Whenever a retailer sends in an order, it is received, translated and delivered to Nuo Tech’s ERP system. Orders that come in from Nuo Tech’s online site are also fed directly into its ERP system. When a drop-ship item is ready to ship, Nuo Tech uses SPS Commerce to apply a retailer-branded label and shipping documents to the package, and sends the Advance Ship Notice to the retailer with the tracking information needed by the retailer to pass along to the consumer. Once all orders are fulfilled, the company sends retailers an updated inventory report in the late afternoon showing item quantities so they can update their e-commerce sites.

Nuo Tech ended 2011 with record sales. Despite the boom, it was the first season that Nuo Tech didn’t have to hire additional staff to help with manually entering orders. “We can drop-ship from our web site or from any retailer, and we can do it and do more effectively because of SPS Commerce,” Rarick says.

The savings are clear for Nuo Tech, but the automation is also delivering on customer service. “Time is money for us, and it also is for the customer,” he says, adding that customers today are on-demand, impatient and want instant satisfaction. “They expect that if you are good company you will be able to tell me about my order whether I pick up the phone or check the site.”

The Front-End Tenets
Companies also need to fine-tune their front-end processes – those touchpoints first felt by customers. There’s plenty to focus on. SEO still matters, so have tailored, high-quality content, and experts recommend businesses focus on searches rather than selling.

Retail Systems Research’s Rosenblum also recommends companies pay close attention to price and service. “The reality is consumers have a lot of choices. You have to be sharp on price because there are very price-conscious consumers out there these days,” she says. “But you also have to be sharper than many realize on service. I don’t think the industry realizes how fatigued consumers are, and the extent of that fatigue. It is pretty palpable.”

In the end, though, Rosenblum says, “Nobody wins a race to the bottom. If it is all about price, nobody wins. Where pricing is reasonable and service is superior, those will be the distinct winners.”

In 2012, however, companies must ramp up their mobile commerce strategies. As expected, page size, text length and image size matter. And companies may need more than one version of their mobile web sites. For example, smartphones and tablets can for the most part render normal desktop web pages (with the exception of Apple products which can’t display Adobe Flash) but traditional mobile phones cannot render normal desktop pages.

For Nuo Tech, mobile commerce is a critical initiative. More than a year ago, the company removed any Adobe Flash from all its pages. “You really have to take a look at what is going on with how the site is structured, and how it affects the shopping experience for mobile platforms,” Rarick says.

Nuo Tech has also begun ramping up its social media efforts. Just before the holiday season in 2011, it launched its online social store on Facebook. Nuo Tech worked with ecommerce technology provider Volusion to create and integrate the Facebook store. “We haven’t seen a lot of sales on there but we’ve seen a lot of traffic,” Rarick says.

Ecommerce Success Equals Wins in the New Economy
Ecommerce continues to make gains, despite a shaky economy that’s only just showing signs of modest improvement. But to collect on those gains, companies will need to pay close attention to their ecommerce initiatives. They’ll need to optimize and automate the back-end processes that support all their channels through EDI, integration and collaboration. Companies will also need to sharpen and fine-tune their front-end processes. Quality content and SEO are still critical. Increasingly, social media is impacting ecommerce. But mobile commerce is making the greatest inroads and in order for companies to succeed in that realm, they’ll need to optimize their online retail experience for the mobile web.

Read 1757 times
Rate this item
(0 votes)
Tweet
More in this category: « Paypal Gets Physical eInvoicing: The Upside Down Cloud Application »