Ignore That Deadline - It Won't Hurt

Instead of a thriving EDI system, what I found was alarming. There was a huge number of orders that were being "lost." We're talking around thirty percent of ALL orders. How in the world was this possible? What was this company, otherwise successful and thriving, doing so wrong?

As it turns out, the problem was actually pretty simple. You see, customers often put a deadline for order fulfillment along with their order. When this deadline passes, a missed shipment or other acknowledgement is placed on the order, and it is considered to be "canceled". When you consider that almost thirty percent of all of this customer's orders were being canceled this way, you can see what a huge deal this was and how big a problem it was creating. It was simply making the company look horrible, not to mention the loss of income. 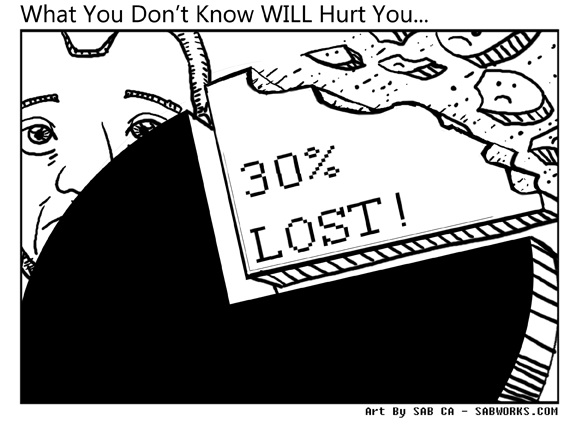 What did  senior management have to say about this? Well, they did have some idea that a few orders were being canceled in this manner, but when they heard what the actual percentage was, they couldn't believe it. Even worse, customers would often request larger quantities of products verbally, and these changes were not added to the invoices, causing even more problems for the company.

How did a company that was doing so well in so many areas miss something that was so blatantly obvious? How did they let it go on so long and let the percentage continue to grow until it was up to more than thirty percent of their orders? What would have been the right move for this company? What could they have done to prevent things from getting so out of hand in the first place?

Stay tuned to find out how to prevent your company from unknowingly ending up in a similar spot that could potentially hurt your business.
Read 3086 times
Rate this item
(0 votes)
Tweet
More in this category: « Time for a Yearly Checkup Fearless Predictions for 2016 »