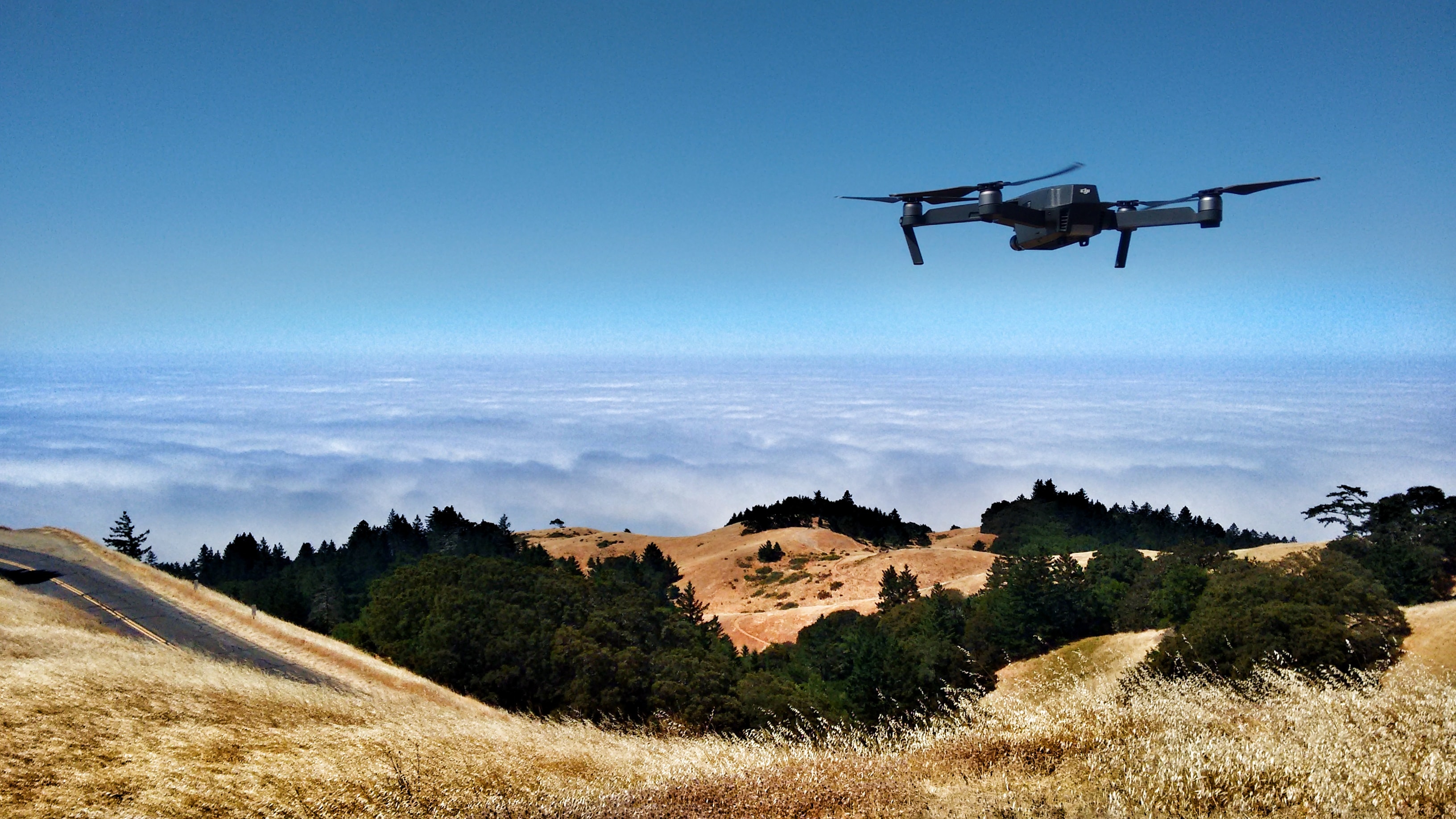 "Mavic Pro over the fog around Mt Tamalpais"

Ghana became the first country to deliver Covid-19 vaccines by drone through a partnership with Zipline, an on-demand drone delivery service. CEO and co-founder of Zipline, Keller Rinaudo stated, “We are proud to be part of this significant milestone in Ghana where our drone logistics network is able to provide on-demand, last-mile delivery of COVID-19 vaccine at scale across the country.”

Located on the Western coast of Africa, most of Ghana’s population lives outside of major cities making it hard to reach using standard distribution methods. Further complicating the process, is the fact that the vaccines have to be stored and transported in 40 degree temperatures.  With average temperatures in March reaching the 90’s, Ghana had to be creative in getting the vaccine to vulnerable populations in inaccessible areas.  “For many countries, nationwide, equitable distribution — especially to remote and hard-to-reach regions — is a daunting challenge. But in Ghana, the established health infrastructure, and Zipline’s existing network, makes it possible to deliver to those regions quickly and safely,” explained the Senior Vice Presiden.t, Zipline Africa, Daniel Marfo.

Teaming up with UPS, Zipline began delivering vaccines via drone on March 2nd. A total of 4,500 doses were delivered in 36 distinct trips. Zipline and the country of Ghana hope to deliver 2.5 million doses this way throughout the year. General Manager of Zipline Ghana, Naa Adorkor Yawson said, “We are honored to be doing this with our key partners, the Ministry of Health, the Ghana Civil Aviation Authority, Gavi, the Vaccine Alliance, and the UPS Foundation. With this intervention, we believe Ghana will be in a position to distribute the vaccine as quickly and equitably as possible.”

According to an Insider article, Zipline drones are battery charged and can fly up to 100 miles per trip. They are six feet long and have a windspan of 11 feet that can go up to 80 mph and carry four pounds of cargo. According to Zipline, once an order is received, a drone can take off in as little as seven minutes. During flight, the drone is monitored and fully automated. Instead of landing, the package is dropped while in the air - a small parachute cushioning it’s fall.

This isn’t the first time that Ghana has looked to Zipline to deliver crucial supplies in the fight against Covid-19. In the early days of the virus, drones delivered test samples to the cities of Accra and Kumasi. They also worked with the on-demand drone company to deliver personal protective equipment (PPE) during the presidential elections in December 2020 in under 48 hours.

Zipline isn’t new to delivering medical supplies and critical items with their on-demand services. Founded in 2014, Zipline has delivered everything from life jackets, vaccines, and blood donations to hard-to-reach areas of Africa, the Philippines, India, and the United States. They recently announced a partnership with Walmart to deliver health and wellness products in the United States within the next few years. According to their website they have made 110,248 commercial deliveries to date.

Read 300 times
Rate this item
(0 votes)
Tweet
More in this category: « How Will Your Supply Chain Perform Post Pandemic?